Hi everyone, thanks for stopping by PincStuff.com! Welcome to the Pinc Diary where I post updates and news about Pinc Stuff. Feel free to look around and leave a comment! Enjoy~

Made some Pinc Mochi for the first time! (real and edible)

It was reallyy sticky and hard to handle

Long time no blog! A lot of updating to do, so don't mind the bits and pieces of things I chuck at you!

For the first time in a long time, I actually have the summer off. The last time I had a free summer was after 1st year university, which was the inception of Pinc Stuff. All the other summers were filled with summer school, part-time jobs, and volunteering. Last week on the 7th was Pinc Stuff's 5 year anniversary. I didn't host a giveaway like I normally would have because I was very unsure Pinc Stuff's future and next steps. It's hard to believe that I've been running Pinc Stuff for 5 years now.

The past year has been a year of tremendous change and growth for me as an individual. I was no longer a student, and as cliche as it sounds, I was trying to find my place in the world. I was trying to find out who I really was as a person, and where I was headed. I kept Pinc Stuff running the best I could, except when I had to work in Korea over the summer, and when I landed this teaching gig 3 months ago.

With my newly discovered faith in God and Jesus, I feel like I have a better sense of where I am headed, and want to say thank you to each and every one of you who have stuck by me (like the mochi I made!) every step of the way. After getting my hands busy making PInc Stuff again this afternoon, I realized how much I missed making Pinc Stuff (really), and decided that I want to reopen for the shop this summer.

Thank you again for your encouraging words and kind messages, I appreciate all of them! 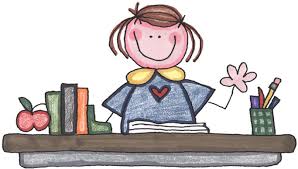 Happy Monday everyone!! (that was the happiest I could pretend to be after a long, stressful, hectic Monday... also the first day of the new job). I need to explain why the Pinc Stuff shop was suddenly closed on Thursday night until summer (see 'Buy' page).

If you follow this blog, you would know that I've been hunting for a full-time teaching job since I've graduated last June. Besides working multiple part-time teachin and tutor gigs, that is what I did. It's funny because at times I thought hmm.. I wonder when it is going to happen for me... and the next thing I know, things are moving so fast I can't even keep up! Last Thursday and Friday was a defining moment for me, I got my first semi-big girl job! I will be teaching full-time at a school until the end of June, which also means I will not have time to work on Pinc Stuff orders. There is so much to prep and plan for, I barely have time to breath! A lot is expected of me, and I have to get the ball rolling immediately. Glad I didn't end up making Easter plans... I will be working through the entire long weekend! I may not even have time to go to jewelry class v____v we'll ahve to see how far I get with planning~

Hope you're all doing well~ Till next time!!

Went to jewelry class again this week and it was so much fun. 3 hours really fly by when you're enjoying yourself! Did I tell you all that almost everyone in my class is way older than me? I guess older ladies have more time on their hands. Except for one girl, I think she's still in high school and her mother enroll her in the class. Most students are regulars and they sign up so that they can use the tools and machines for their jewelry projects.So I guess it's like paying a studio fee to work there.
This week the instructor introdcued blades and saws into the process! I haven't tried it out yet since I was busy working on my ring. I did work with the flaming torch all by myself though!! O___O Less intimidated by it this week. I'm working on a silver ring that spells out 'love' with wire. Everyone came to look at it and kept complimenting my work. One older lady said I must have done this before, and I laughed and said yes I've worked with wire before, it was all self-taught though.
The next day I went out and got more jewelry making supplies and spent hours crafting that night ^___^ I've been making jewelry since I was a little girl, but it's the first time I'm taken an official jewelry making class. I think you truly love something when working on it doesn't feel like work at all! I spend hours thinking and drawing up designs on new things to make, and cannot wait get my hands on materials so I can start creating! I can craft for hours and not get bored.
I hope that you all have a chance to find your passion and find something that you truly love to do!
xoxo